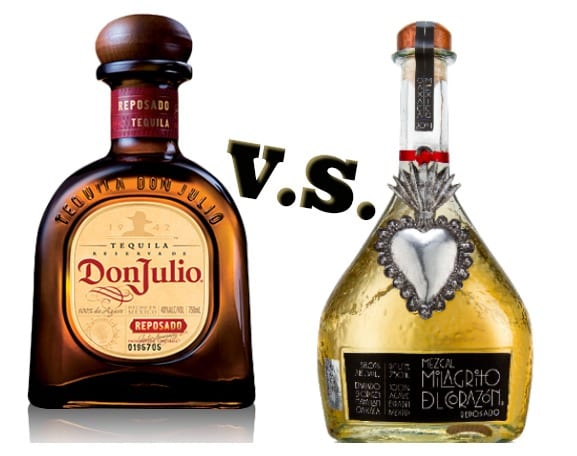 Mezcal, tequila – what’s the difference, right? Wrong. While similar on some levels, these two Mexican spirits are very different in quite a few ways. For starters, mezcal is smokier and a bit earthier and sometimes with a worm. But the two differ in other ways, too.

What’s the Difference Between Mezcal and Tequila?

There are three primary differences between these two spirits:

Mezcal and tequila can only be produced in certain regions of the country.

Tequila can only be produced in Michoacan, Jalisco, Nayarit, Guanajuato and Tamaulipas. The majority of production occurs in Jalisco and in the town of – you guessed it – Tequila.

Mezcal can be produced in eight specific regions, including: Guerrero, Oaxaca, Durango, Zacatecas, Tamaulipas, San Luis Potosi, and Michoacan. The majority of production (80%-90%) occurs in Oaxaca.

The type of agave used in production is another major difference between these two spirits.

Only one variety of agave can be used by law to make tequila: blue agave. Mezcal, on the other hand, can be made with around 30 different varieties of agave, but agave espadin is the most popular variety used.

Because a variety of agaves can be used to make mezcal, its flavor can vary greatly. With tequila, the flavor is pretty much the same.

Agave plants are harvested in the same way for both tequila and mezcal production. The leaves are sheared off, leaving just the “pina” behind (pinas look like large pineapples).

The way the pina is cooked is really what separates tequila from mezcal and gives each spirit its unique flavor.

To make tequila, the pinas are cooked in huge industrial ovens that are, essentially, pressure cookers. Afterwards, the pinas are shredded and fermented.

Mezcal, good mezcal anyway, is made by cooking pinas in an underground, earthen pit lined with volcanic rock. The fire burns to embers, which heats up the volcanic rock to extreme temperatures. The pinas are put in the oven and caramelized over several days. This cooking method is what gives this spirit its smoky flavor. The pinas are then crushed using a tahona.

And as far as culture goes, you could say Mezcal has the upper hand in the trendy department. Luckily for me it has always been my to-go drink. 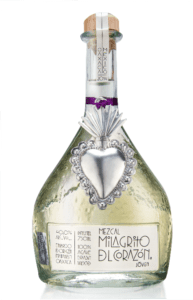