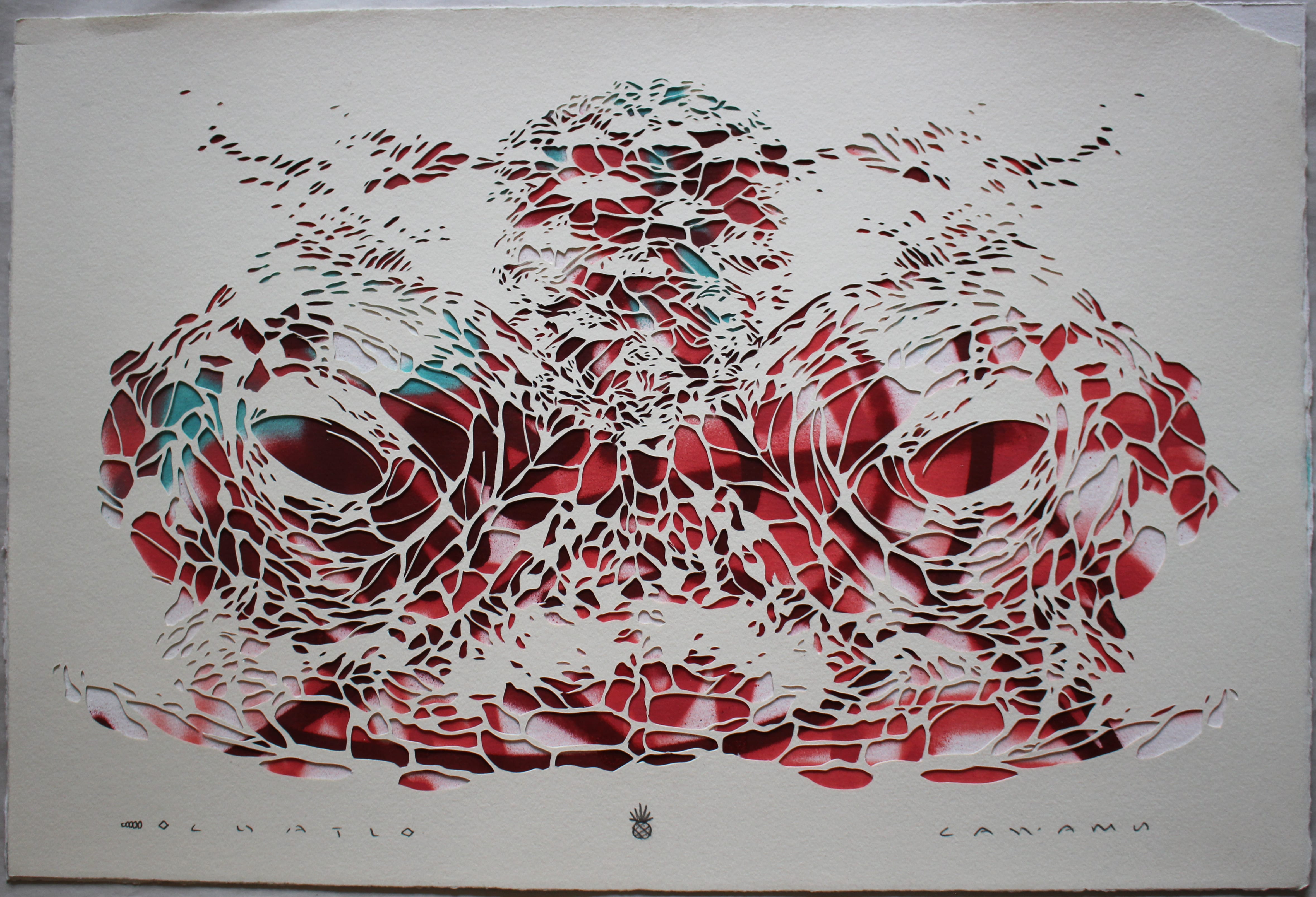 Art, Profiles in the spotlight 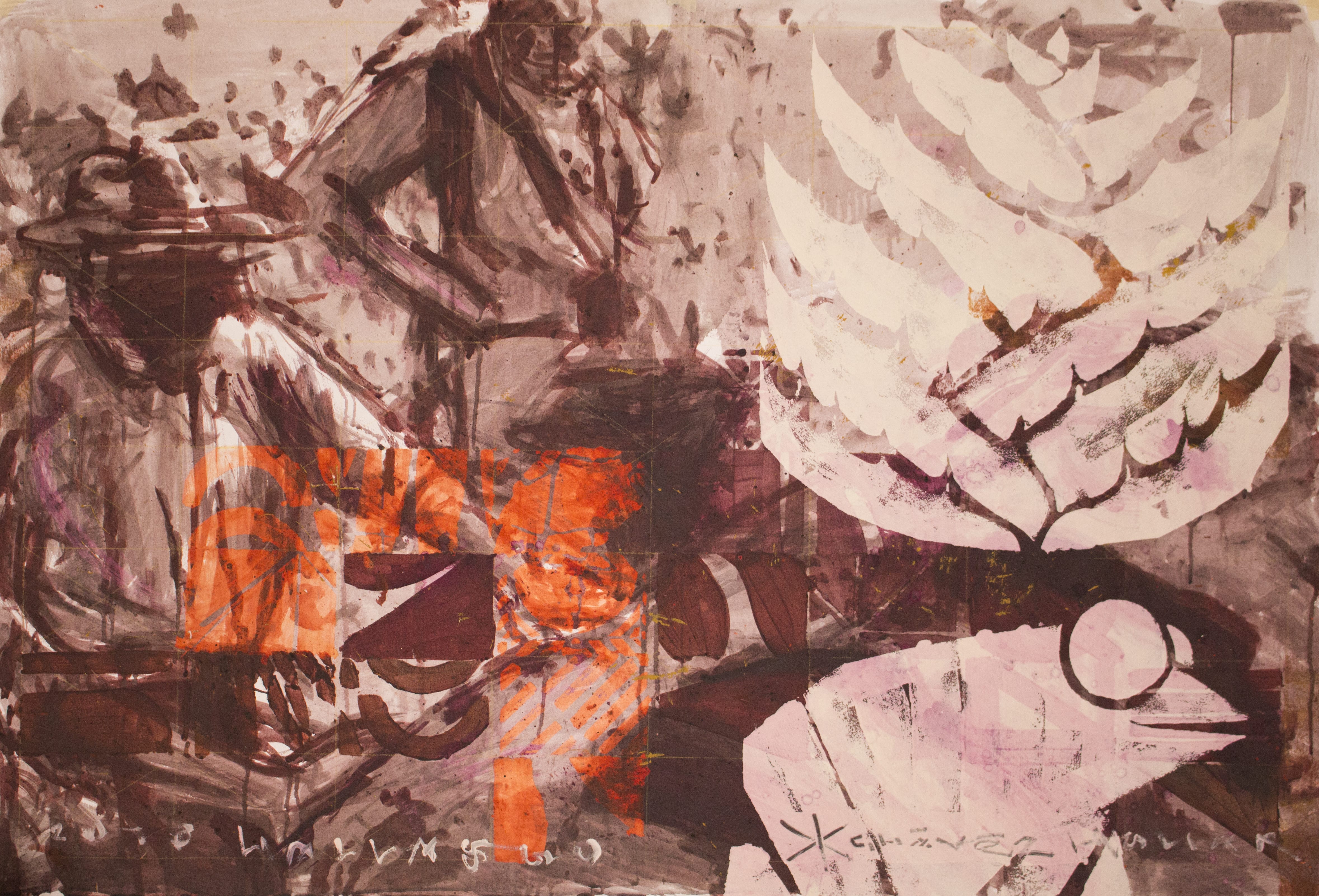 Known for his incredibly detailed and politically-charged stencil street art, Cawamo explores cultural identity and pre-Hispanic art through his work. In the studio, he uses mixed media, like printmaking and ceramics, to bring his ideas to life.

In this week’s artist spotlight, we take a closer look at Cawamo’s work and his humble beginnings as an artist.

Sergio Chávez, better known as “Cawamo,” dabbled in painting at a young age. He never considered art as a career until he met Alejandro Santiago, an Oaxacan artist.

Santiago wasn’t the first artist he met, but something clicked after their meeting, For the first time in his life, Cawamo seriously considered art as a way of living.

The beauty of Cawamo’s story is that he’s a brilliantly talented artist with no formal training, but a BA on Design. In the early stages of this self-taught artist’s career, he focused on painting and stencil work. He was fascinated and inspired by the urban art scene.

Cawamo also found early inspiration in the migration of South Americans making their way to the U.S. through Mexico. He spent countless hours interviewing and visiting migrants to better understand their plight and the never-ending challenges they face.

Talking about the project wasn’t enough to accurately portray the migrant’s inner reality.

In the famous words of Carl Jung: “Who looks outside, dreams; who looks inside, awakes.” 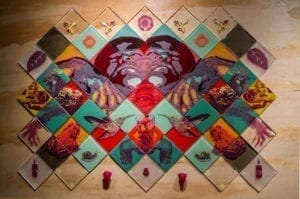 Cawamo applied Jung’s philosophy to his art, focusing not only on the external issues, but the internal battles that are impossible to describe with words. He struggled to capture that hard-to-reach inner world.

He soon realized that introspection required some serious digging – the stripping of layers. Introspection led to an obsession with the oneiric, or dream, world, and the pre-Hispanic world.

With a deep desire to connect to his roots, Cawamo was consumed by his pursuit to learn more about his Mexican heritage. Tracing his roots became increasingly difficult, as colonization had wiped out much of traditional Mexican culture.

Cawamo realized it was time to get back to the basics, and learn the old techniques used by his ancestors.

There’s a name for this process – they call it “Giro decolonial.” Pre-Hispanic communities engage in something similar to “decolonization,” where they use art to uncover their ancestral roots and culture.

Collaboration, ceremony and sacred elements come together to create stories that unearth a long-forgotten past.

He turned his back on the street art world, and moved away from media and stencil art. Aesthetics and the superficial archetype of the street artist no longer fit his career goals.

Cawamo embarked on a journey to find himself as an artist, traveling from place to place until he finally found a home in Oaxaca. Famous for its Mexican art and crafts, Cawamo finally found where he belonged.

Driven by his desire to become a craftsman and an artisan, he began working with ceramics, textiles, and glass.

With his new techniques and methods, Cawamo finally found satisfaction in his work. He no longer feared imperfections, as he believes they are a part of the soul. He started using digital media not as an art form, but as a tool and a means to an end. 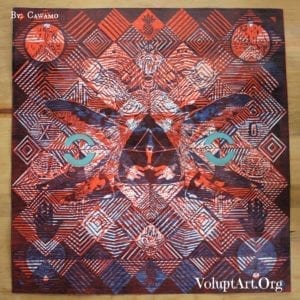 Cawamo uses visual culture as a means of storytelling, and remembering his ancestry. He experiments with the possibility of learning not only about history, but language, medicine and other forms of ancient knowledge through art. Today, he lives a nomadic lifestyle, traveling all over Oaxaca to learn the old methods of craftsmanship. You can find his art online, and watch him work through the posts he shares on social media.

With each new technique he learns, Cawamo says it opens yet another door to the knowledge of the past, and he feels even more “awake.”

Cawamo lives and breathes for discovery, and is in constant pursuit of new ideas and methods. Each of his works was created in a different place; a place he felt a deep connection to. In fact, Cawamo says he can’t create unless he feels a deep connection to wherever he is at the present moment.

That importance of connection is also evident in his need to give back and connect with the local community.

Aware of his social responsibility, Cawamo does his part to lower his impact on the environment by using his materials efficiently and recycling. He gives back to the communities through his murals and workshops, where he brings art and people together.

Cawamo may have started his career on the street art scene, but he can be critical of urban artists who make a name for themselves and forget their roots. After all, these are the areas that need art the most, he says.

Just like any other artist, the works of other artists impacted Cawamo and his methods. He found inspiration from Doctor Atl and Juan Kraeppellin. But he was also influenced by less orthodox sources, like Nahuatl culture, and even the Mixtec Codex (he used the color palette in his work). 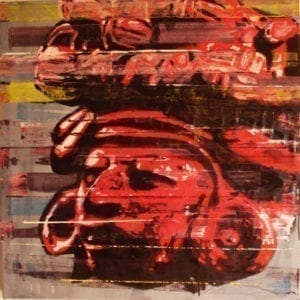 Tribute to our Mexican heritage by Cawamo

Enrique Dussel, Hugo Mujica, León Portilla, Eduardo Galeano and Guillermo Marin are just a few of the names on his list of favorite authors, which provides deeper insight into the type of man Cawamo is.

Cawamo’s quest to grow and evolve as an artist is part of what makes his work so brilliant. He embraces change, rather than fearing it. He surprises his followers by incorporating new materials and methods in his work. We’re keen to follow his journey as an artist, and feel he deserves a place in the spotlight. 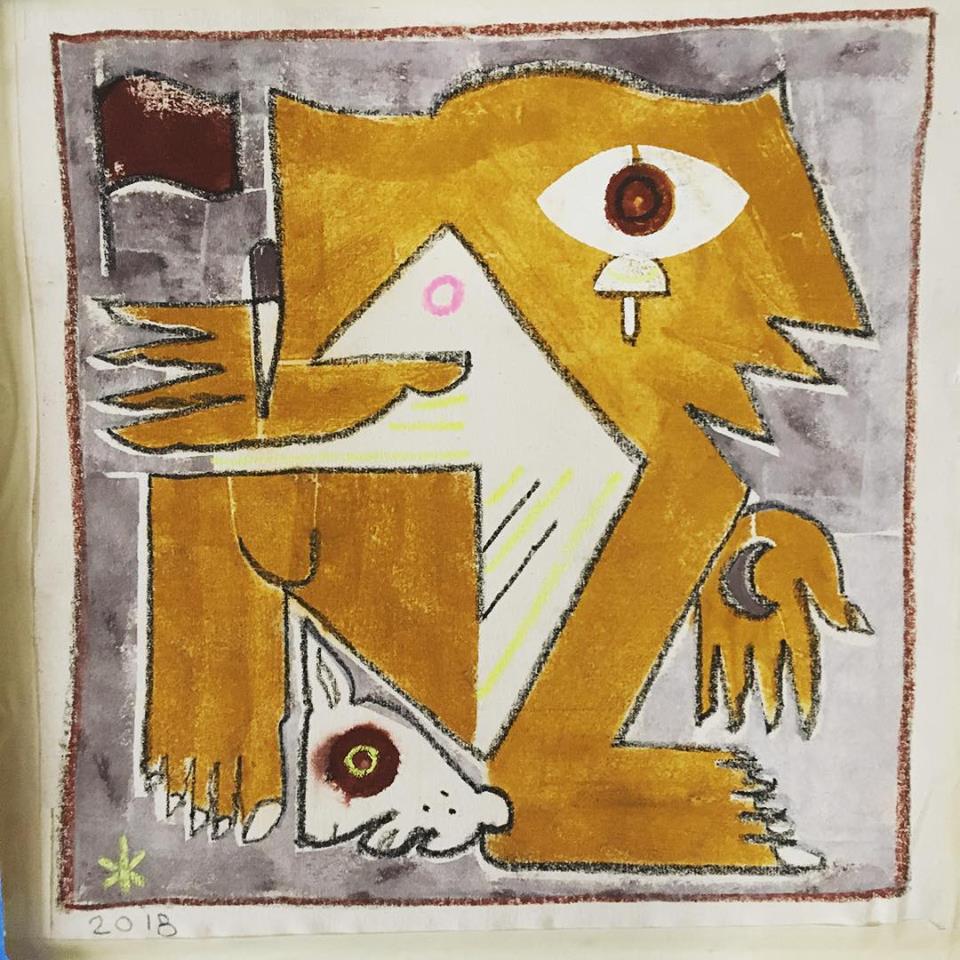