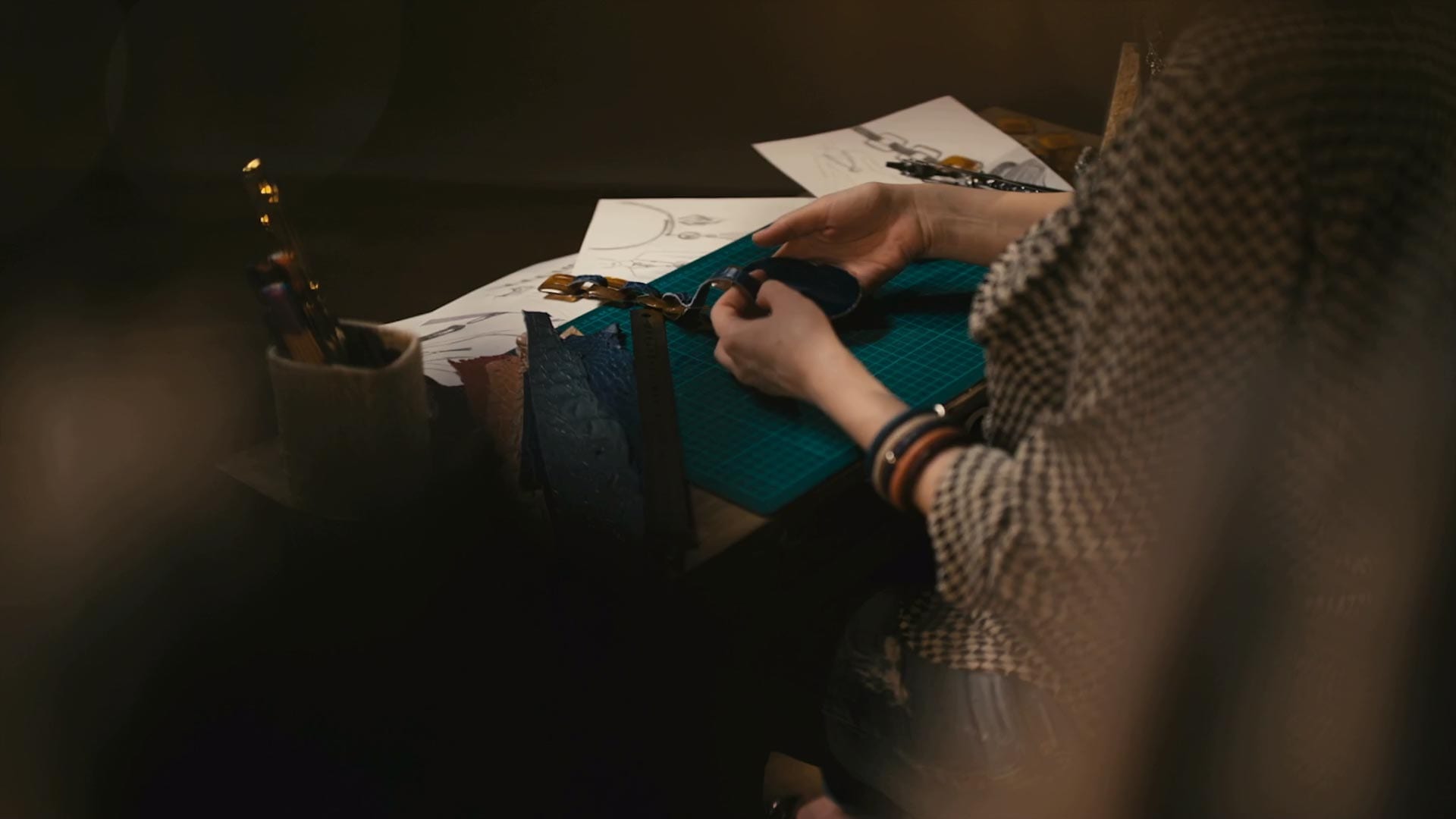 Profiles in the spotlight 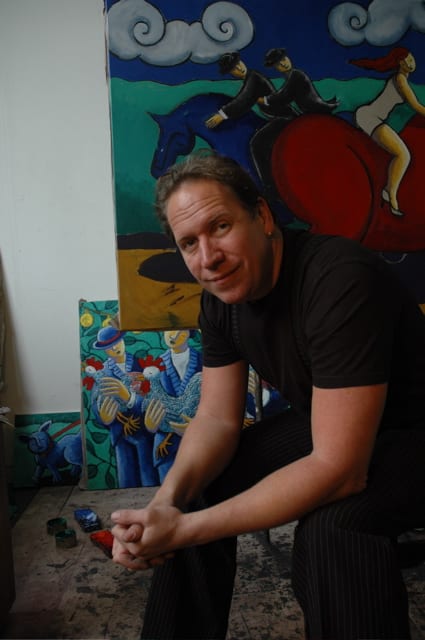 Educated at Rotterdam’s Academy of Arts, Jacques Tange was named Artist of the Year 2005/2006. A favorite among contemporary Dutch art lovers, Jacques’ style has a way of drawing you into his world, which brings humor to present-day themes.

Jacques is inspired by the illuminated handwritings from the Middle Ages, but uses his imagination to put a humorous spin on modern themes and issues.

His use of bright, vivid colors and metaphors creates a unique world that we, the viewer, have the pleasure of getting a glimpse of. Through the use of repetition and rhythm, Jacques builds his compositions layer by layer, creating a remarkable sense of depth. 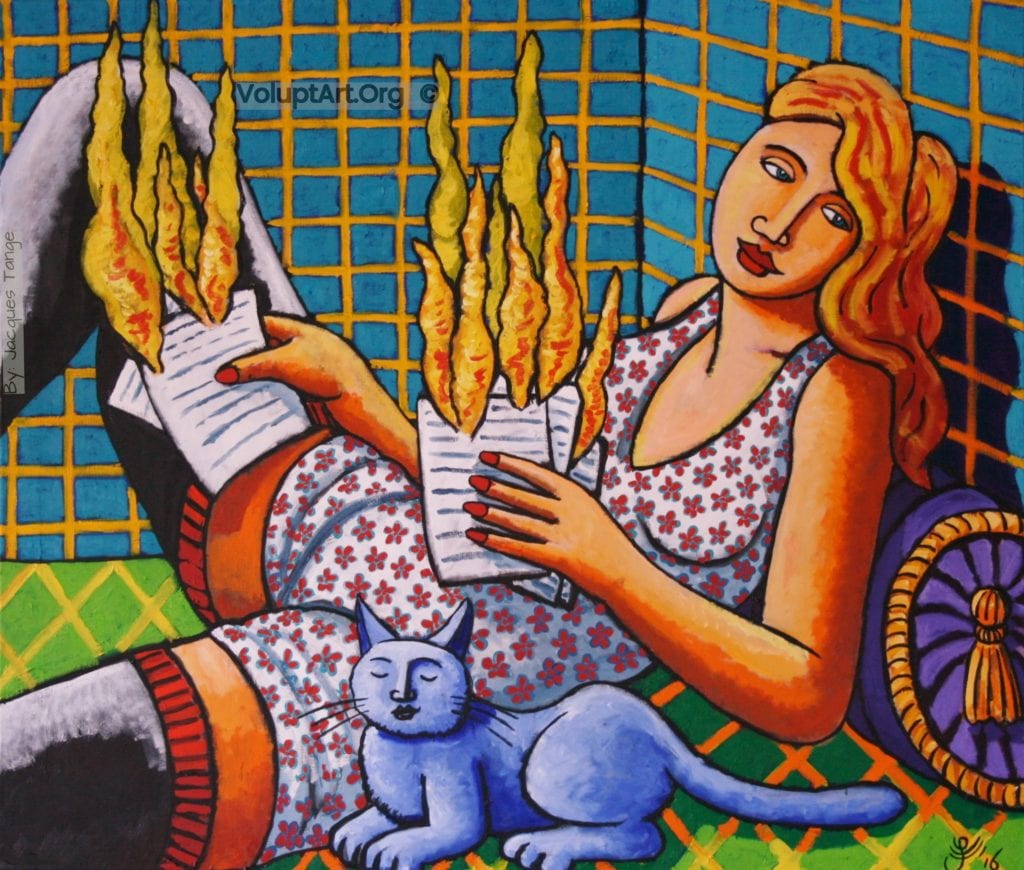 Part of what draws you into Jacques work is his themes, which speak to the modern struggles we all face on a daily basis – relationships, working a 9-5, and the isolation that comes with being human.

Jacques use of bold reds, blues and greens to create a playful style that exaggerates and plays on the real world. His archetypal use of male and female faces creates a sense of familiarity with each piece, as if we are watching the main characters of a play act out scenes from their lives.

The human characters in Jacques’ worlds have simple facial features, but it’s their use of body language and posture that tell us more about their personality or intention. 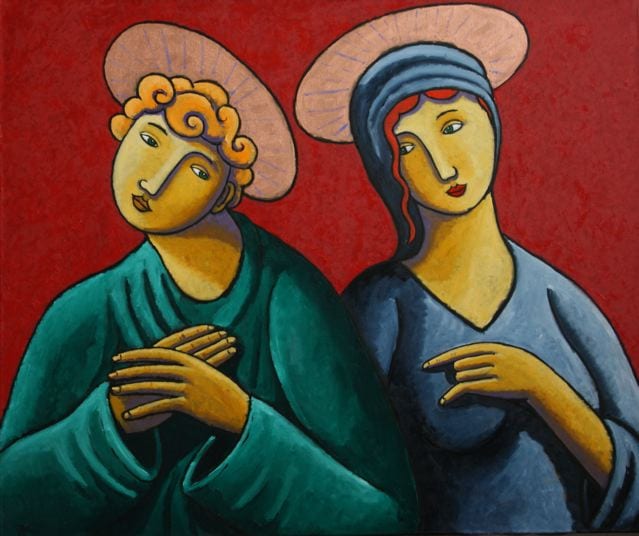 Jacques’ paintings are lighthearted and carefree. But they also speak to things we all feel and can relate to. In “Suburb Sunset,” we see a group of uniformed workers walking past a line of identical homes. That’s what it’s like in the suburbs: everyone works the same job, wears the same clothes and lives in the same home. You can feel the monotony of these gentlemen’s lives. Jacques use of composition creates a sense of movement that’s hard to ignore. 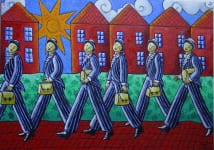 Here’s a fun fact about Jacques: One of his paintings was stolen from a collector. Someone tried to turn it into carpet. It turned out horrible. 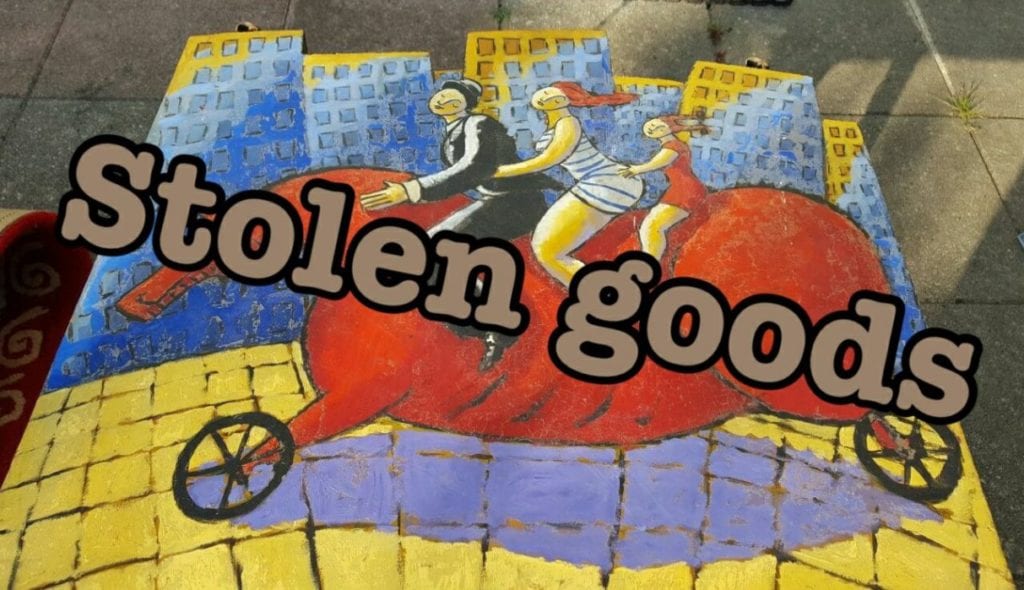 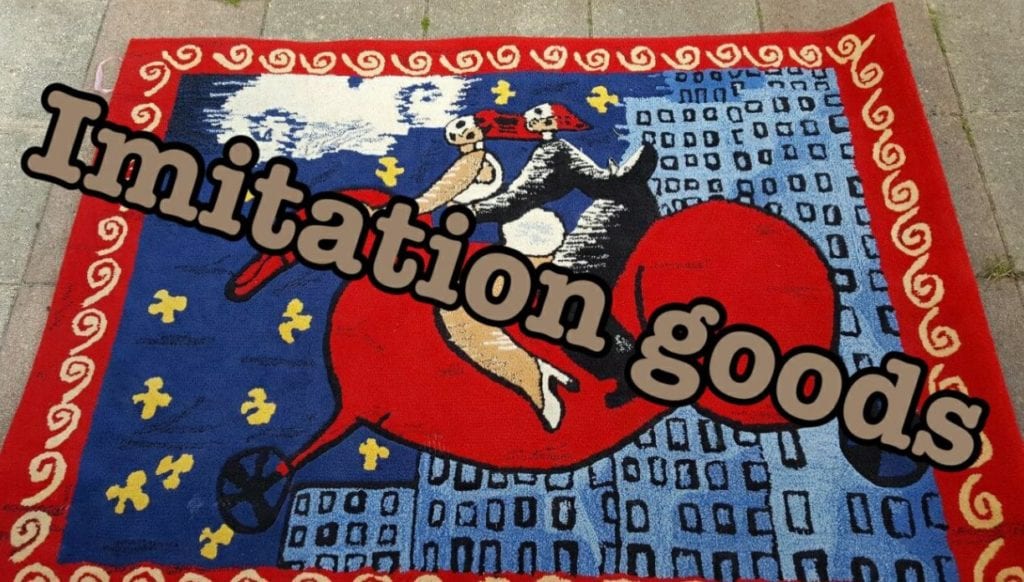 It’s not surprising that his work was stolen, but it’s hard to imagine his unusual style on a throw rug or couch. His work belongs in a frame on the wall, where all can enjoy.

Many people have tried and failed to recreate Jacques’ art, but his style is too unique to reproduce. There are copycats out there (we’ve seen their art online), but none can truly compare to his genuine work. His rhythm, use of color and composition are unique to Jacques and his imagination.

While Jacques is most famous for his Dutch fine art paintings, he also creates sculptures, works of art in glass, wood, and bronze, and even furniture. We won’t call him a jack of all trades, but Jacques’ competence in all forms of art is truly impressive. 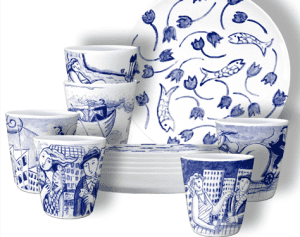 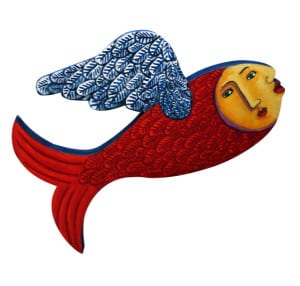 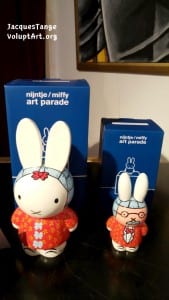 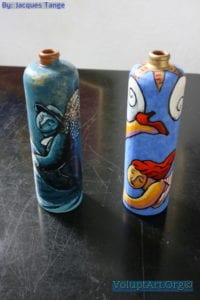 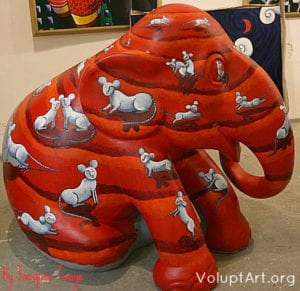 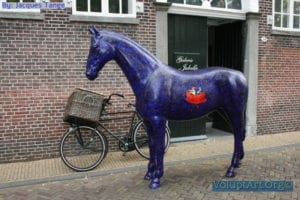 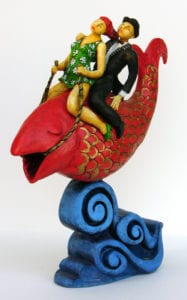 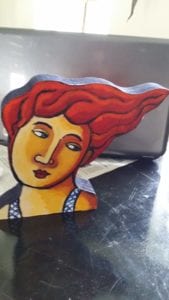 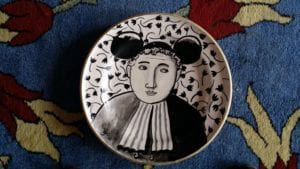 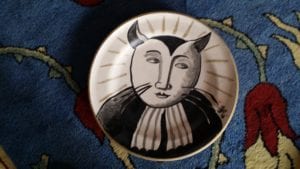 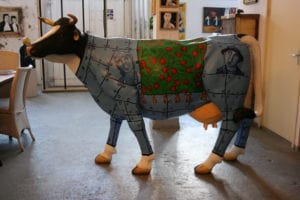 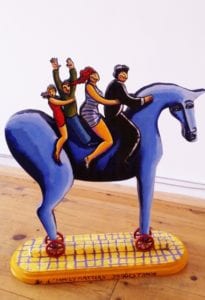 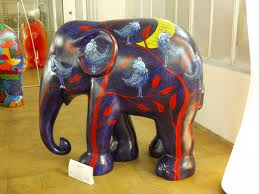 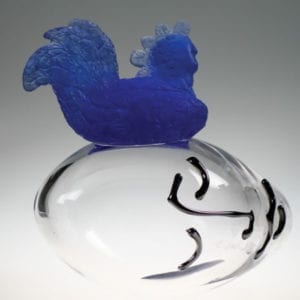 In addition to his art, Jacques has published two books, and art critic/journalist Jan Donia also wrote about him in the book The Garden of Eve. 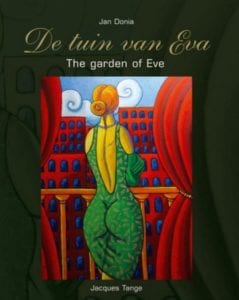