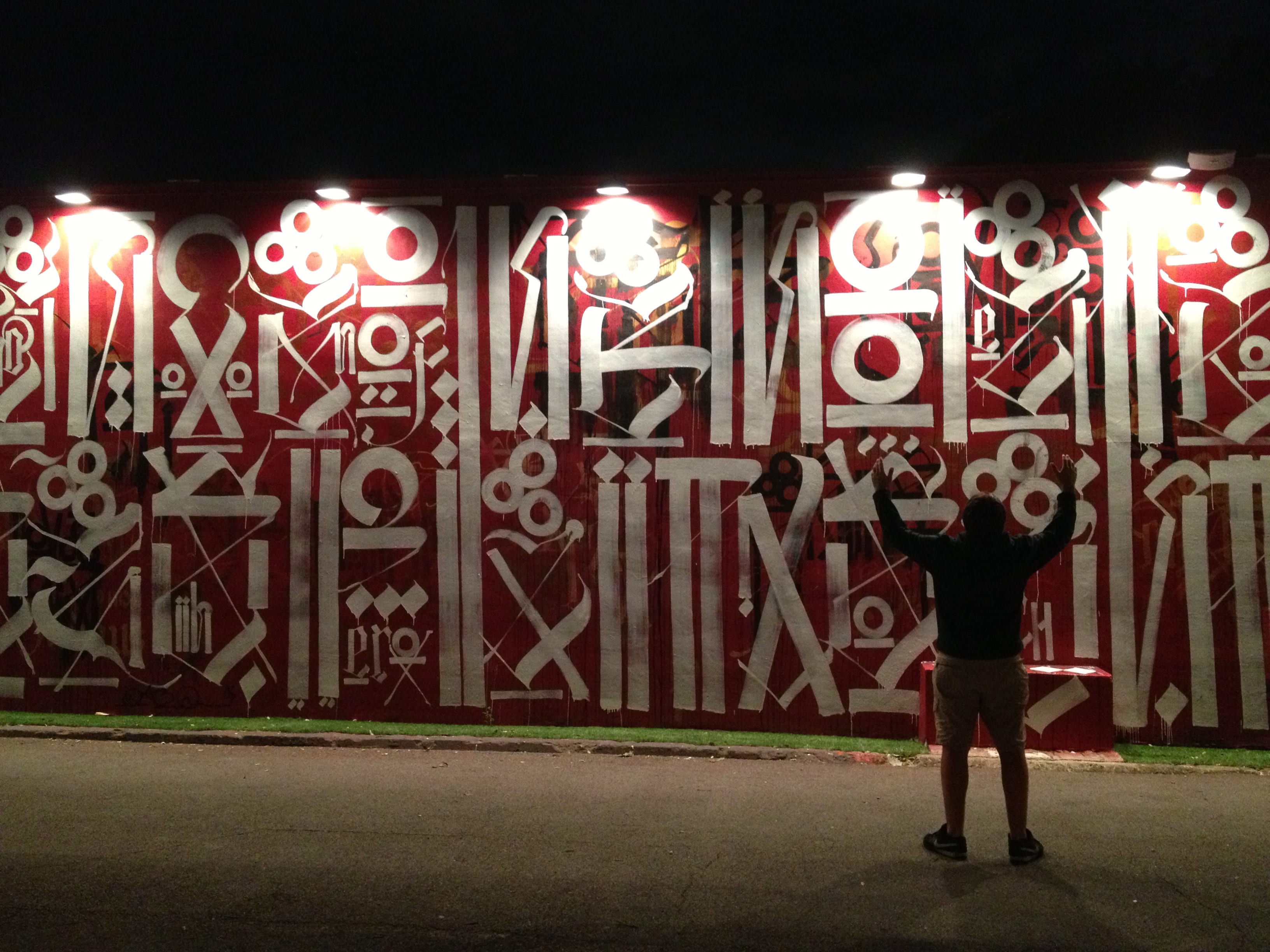 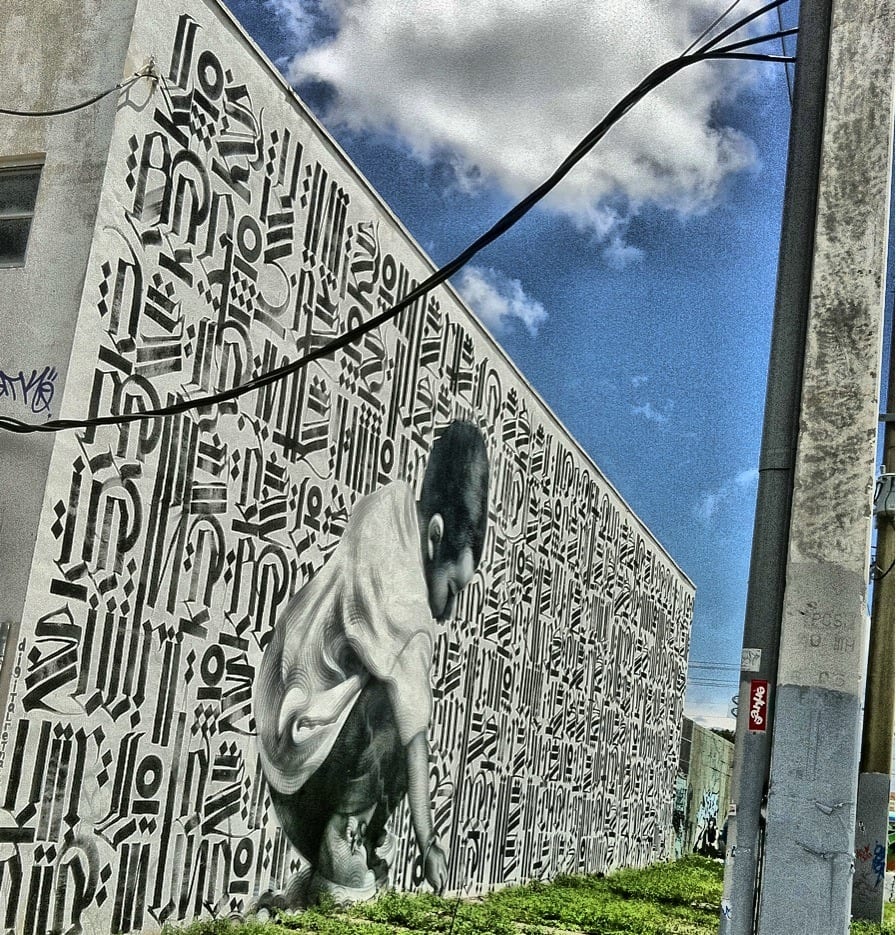 He’s one of the most praised calligraphers and wealthiest street artists, but he’s also caused quite a bit of controversy throughout his 15-year career. Love him or hate him, RETNA has made a mark on the art world, and he isn’t going anywhere anytime soon.

In 1996, he started calling himself RETNA, which he took from a Wu-Tang Clan lyric in the song “Heaterz.” But he also has an alcoholic alter ego, called Brimestone.

But the most obvious influences in RETNA’s street art and fine art are Egyptian hieroglyphs, Arabic calligraphy, Blackletter, Hebrew and Native American typographies.

Each block of his text contains a system of calligraphy, hieroglyphs and illuminated manuscripts. His work communicates personal messages and poetry, which the audience is unable to decipher. His writing resembles calligraphy of different cultures, but the writing does not belong to a particular language, according to Artsy.